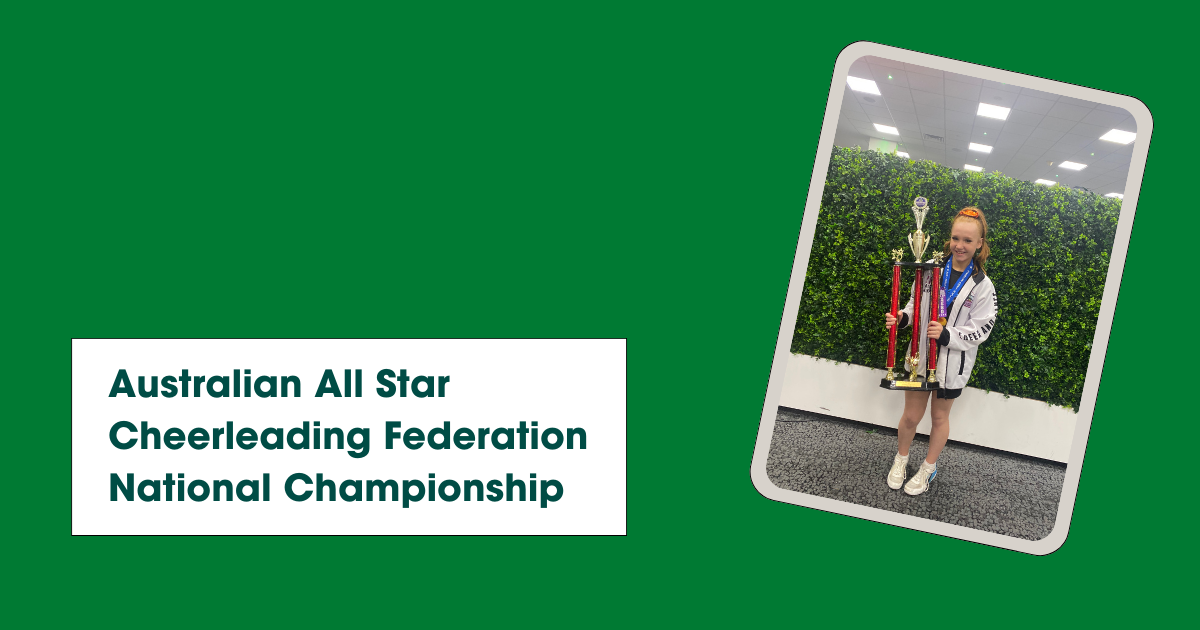 Year 10 student Taryn B travelled to the Gold Coast recently to compete at Australian All Star Cheerleading Federation National Championship held on the 25 – 27 of November.  Taryn and her club, Geelong Elite competed in several division across the 3 days, including the senior novice pom section along with 12 other teams, in which they came 1st which is a huge accomplishment!  Taryn and her cheer team and also managed to get 1st out of 12 teams in the open all girl level 3rd division. Taryn competed in 5 other teams and managed to get two 1st’s,  one 2nd,  and two 3rds.  Congratulations Taryn we are super proud of you!