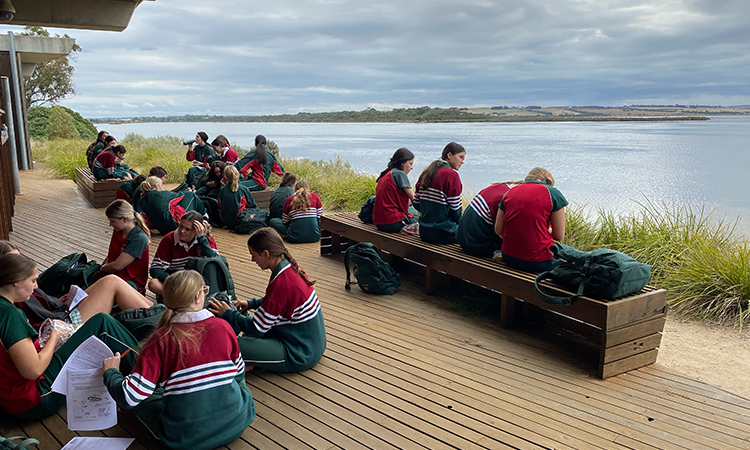 Three Year 11 biology classes recently went on an excursion to the Marine biology centre in Queenscliff. In class, we had been learning about the different types of asexual production and got to apply this knowledge on our journey around the different rooms. – Lauren Dillon

Throughout the excursion, we had the opportunity to rotate through a variety of activities offered at the marine centre, one being the touch tank room where we were able to softly and respectfully touch different marine animals such as crabs and sea urchins. The touch tank room allowed us to learn about species of animals that thrive in a rock pool environment in a way that was interactive and engaging! – Montana Morgan 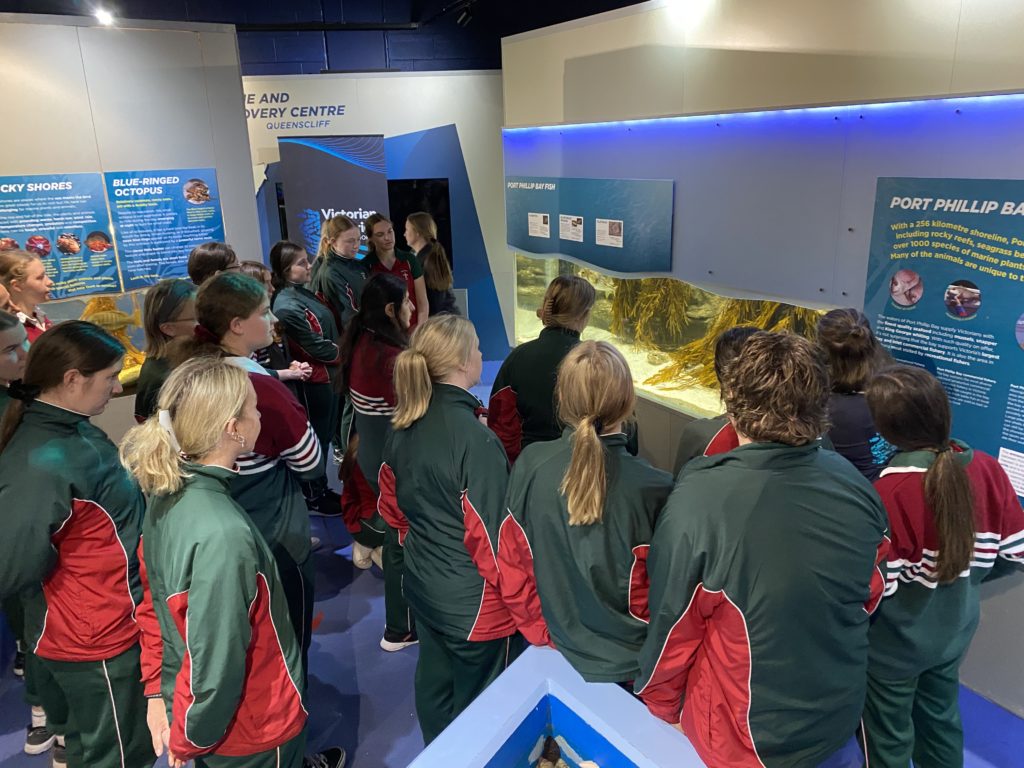 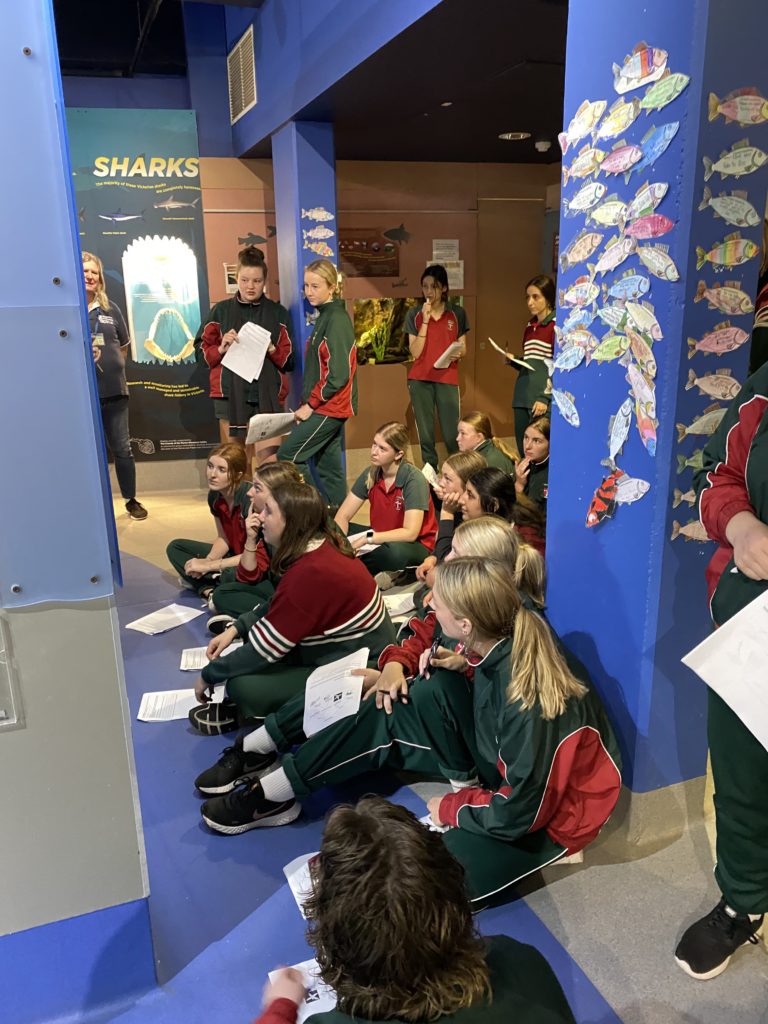 We were lucky enough to have a station that focused mostly on different marine organisms, adaptations. (An adaptation is a particular structure or behavior that assists an organism in survival.) In the beginning, we were given a really cool example by a puffer fish! We looked and spoke about their adaptions, an example being, when a puffer fish is faced with a dangerous situation, they will suck air or water into its stomach, and grow to three times its original size. This is an adaptation that is meant to intimidate possible predators. From there we were given a worksheet and were allowed to move around the room and jot down what we found and our thoughts. There were many amazing models, ranging from turtles, octopus, string rays and more. We jotted down the name of an organism, an adaptation they have and a way it helps them to survive. We were able to work together and get help from those around us. It was a great activity and really helped grow our knowledge on the topic area of adaptations! – Kasey Randall 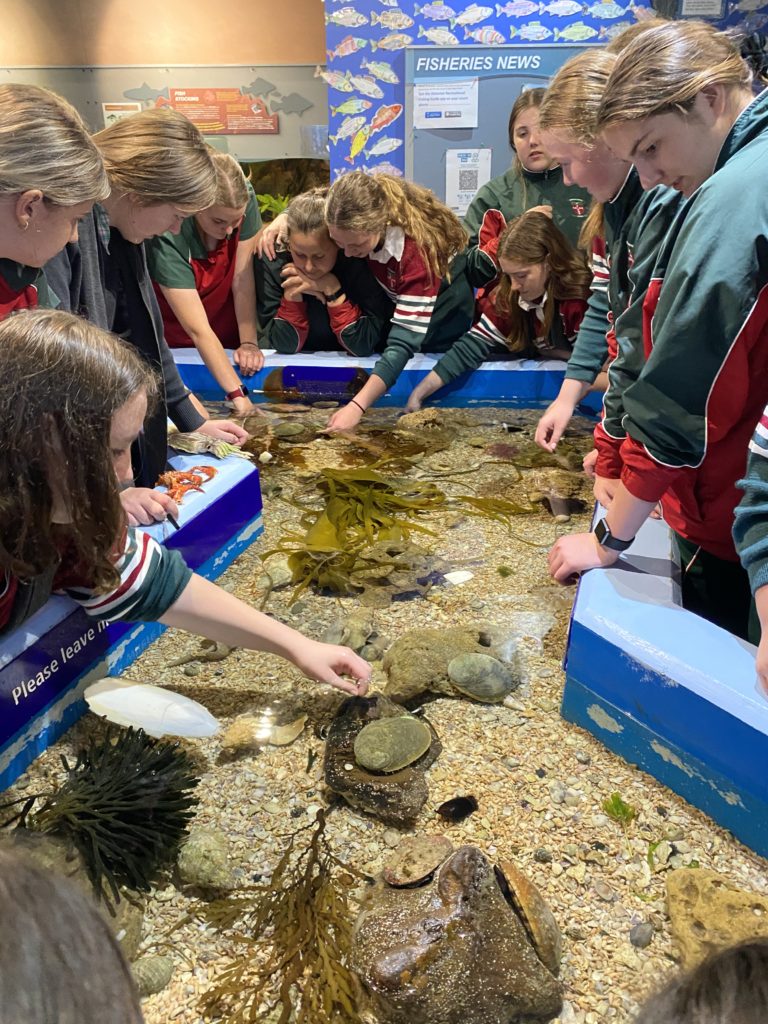 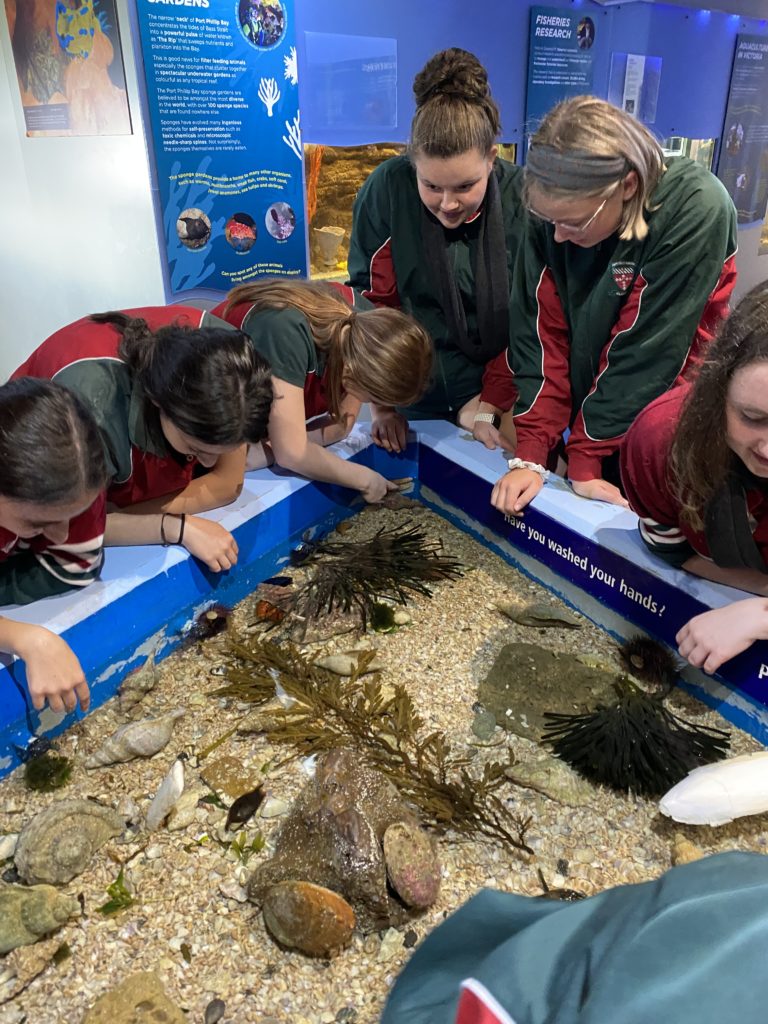