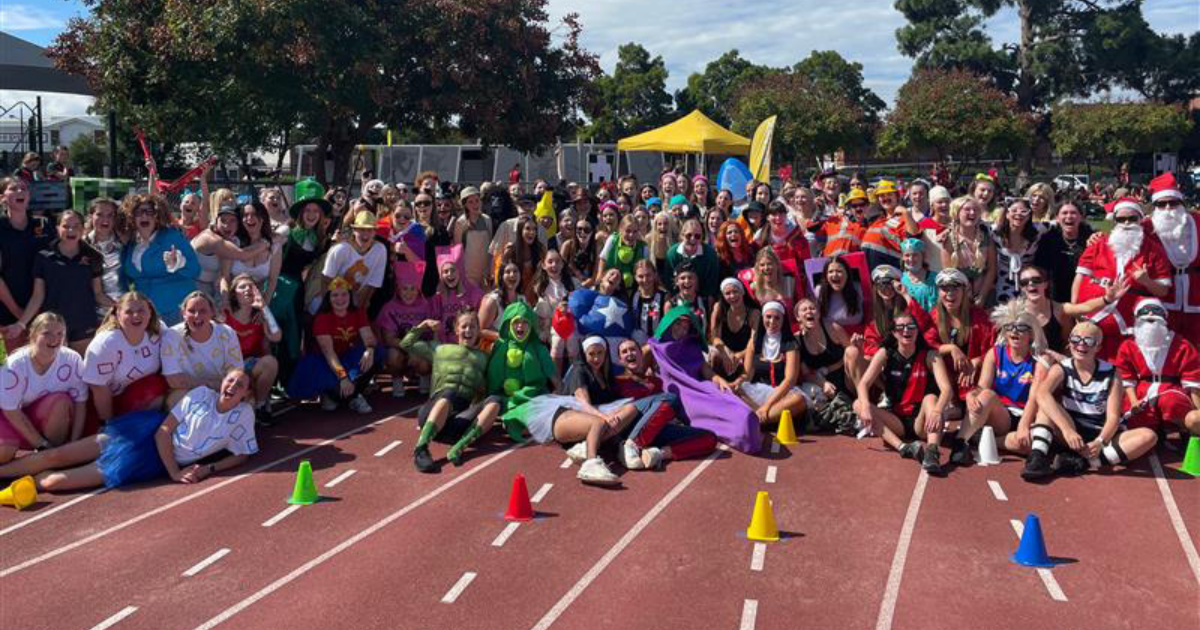 We were blessed with a magnificent day for our annual Athletics Carnival down at Landy Field. Sunscreen was high on the agenda! The participation rate was pleasing and the lines for running races exceeded expectations. Throwing also proved popular and the 100m was compulsory for the junior and intermediate years. The student leaders did a terrific job encouraging students in their respective Houses to participate to gain valuable House points. The Year 12 students enjoyed their final Athletics Carnival running and jumping in various costumes. It was lovely to see so many princesses’ running around the track!

The Clonard Gift championship event had the top ten 100 metre runners for the day, Ida Laherty (Year 10) won this event in the fastest time ever at Clonard.

Finian once again won the Championship.

Congratulations to all students on the day. Please see a full summary of results below.