In March 2014 the Victorian Institute of the Sisters of the Presentation of the Blessed Virgin Mary (Presentation Sisters) was accepted as the second member of TKM.

In April 2014, Kildare Education Ministries (KEM), a public company limited by guarantee under the Corporations Act 2001 (Cth), was incorporated to govern the Brigidine Colleges in Victoria and South Australia. The Board Directors of KEM are appointed by TKM to govern the Colleges in the areas of education, finance, property and employment responsibilities and to plan for the ongoing development of the Colleges. As such, KEM is the civil authority for each of the seven schools. TKM, has reserve powers in areas such as the ratification of the appointment of a Principal and approval of capital loans.

Each College is operated by KEM which is responsible for the Catholic ethos and mission of the College and for the administration of the temporal goods assigned to it for its work.
The Stewardship Council of Clonard College has delegated authority from KEM in matters such as policy, strategic planning, annual budget approval and community liaison. The Principal of Clonard College has delegated responsibility from KEM to employ and supervise staff, and to manage the College

At the heart of our College community is a commitment to nurturing  faith. As a Kildare Education Ministries School in the Brigidine Tradition, we continue the traditions of our founders, the Brigidine Sisters, by responding to the following values:

Do everything in a spirit of holy love and you will not find your hands empty at journey’s end. - Daniel Delany

Our School Improvement Plan (SIP) is developed during the year of school review and an Annual Action Plan (AAP) each year.

Our Annual Action Plan captures our goals and intended outcomes for school improvement for the current year.

Please see our Annual Action Plan for 2022 below. 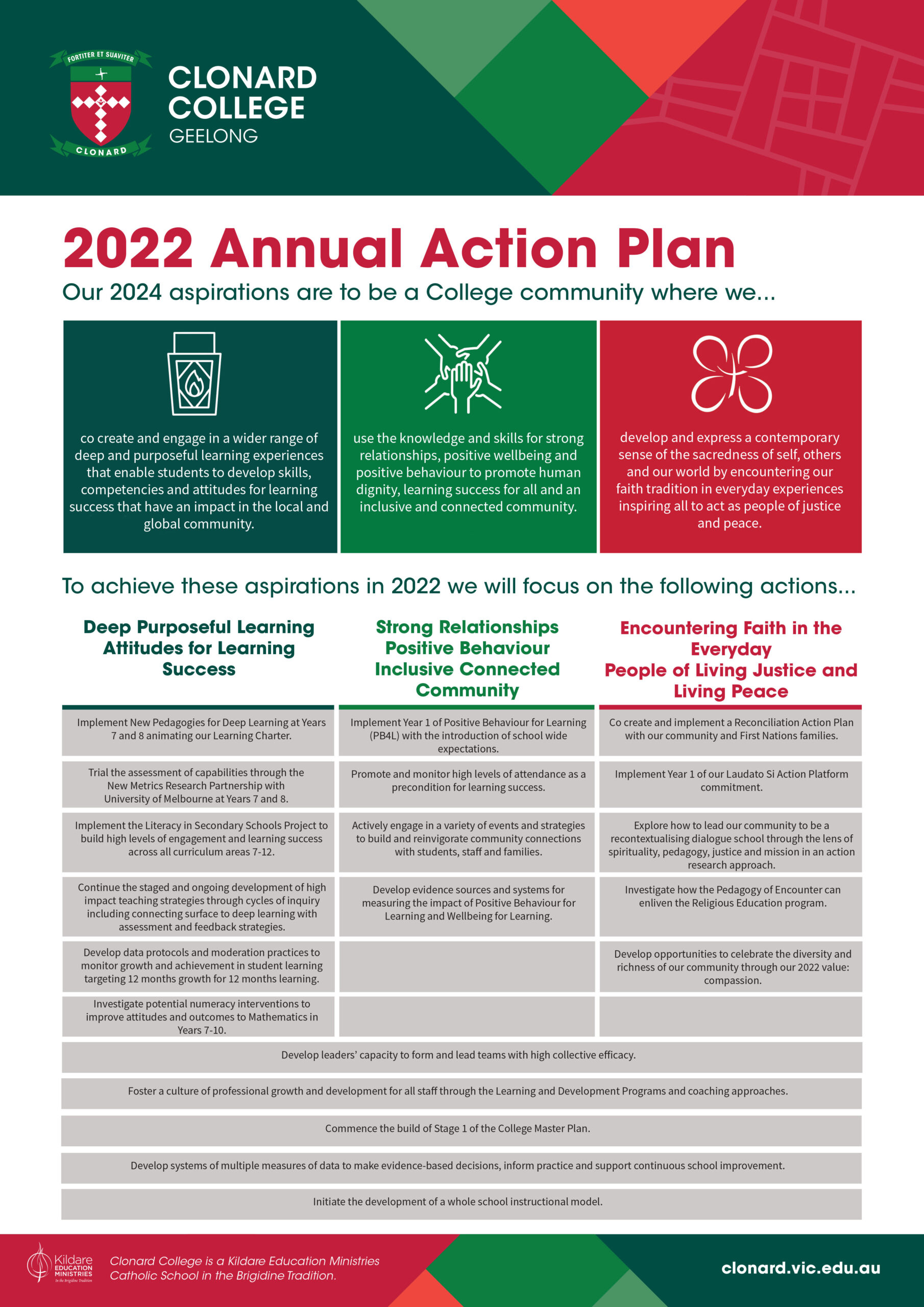