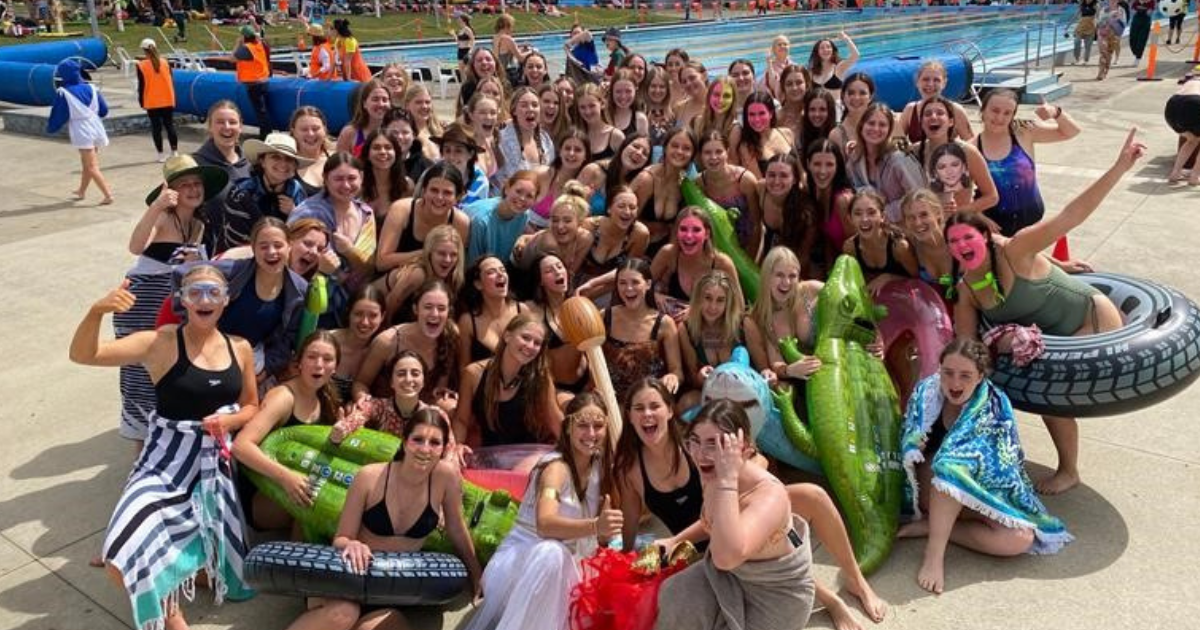 The House Swimming Carnival was held Friday 23 February. The day was a little cool, but our students rallied and swam their best. Hot chips and gravy was a popular choice from the canteen!! The setting up of the House areas was underway early with Student Leaders keen to give their Houses the best opportunity of winning the overall House Spirit trophy. A colourful and fiercely contested carnival followed with students giving their all either in the pool or singing and chanting. There was one school record broken on the day. The Year 9 diving record was broken by Annabelle Stacey with a score of 115.90.

The winner of the Clonard Gift (fastest 10 swimmers of the meet) was Sienna McInnes. Jayme Graham won the 100 metres freestyle. Rose Conlan won the 200 metres Open Individual Medley and Sienna won the Open 50 metre Butterfly event. Congratulations to these students on some magnificent swimming.

Results from the day are as follows:

Visit our Facebook page to see all the colour from the day: shorturl.at/uIO28