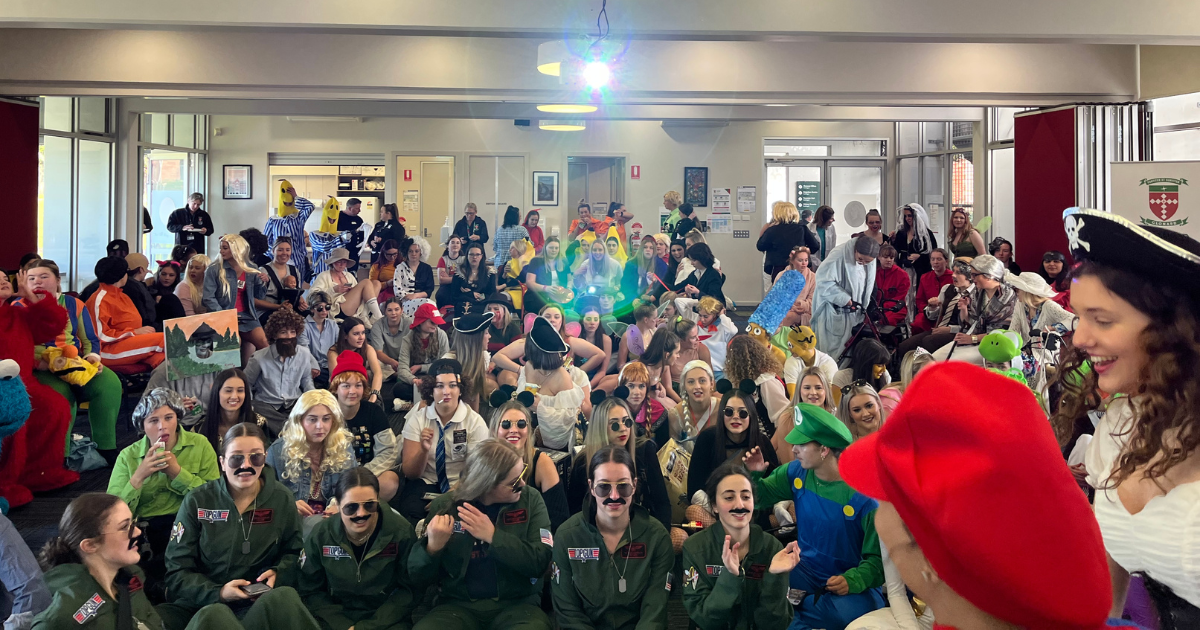 Last week, the Year 12 students celebrated their last day at Clonard in style. Complete in fancy dress costumes, they were treated to a hot breakfast, followed by a trip down memory lane, reflecting on the last six years at Clonard, followed by the much sort after Year level awards.
After the traditional lap around the school, we gathered to bid them farewell at their final assembly, where the teachers formed a guard of honour as they exited Tullow Hall for the last time.
We hope they enjoyed their last day at Clonard and we wish them all the best as they sit their final exams