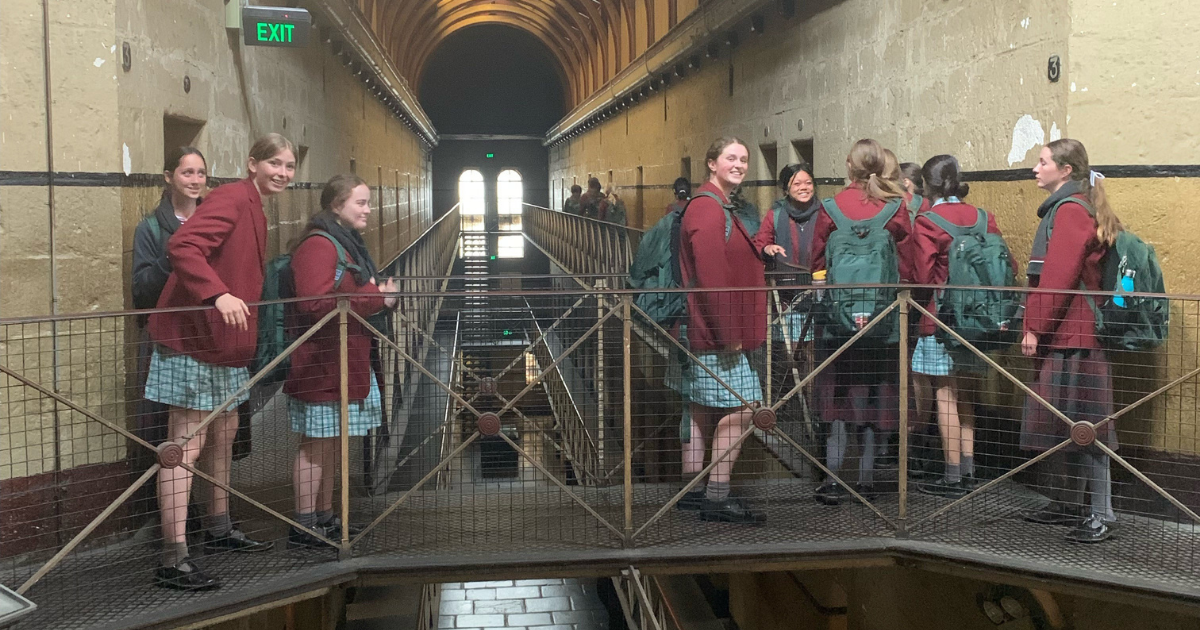 Students from Years 9 and 10 Humanities electives (Year 9 Political and Legal Systems and Year 10 Legal Studies) enjoyed exploring the Old Melbourne Gaol precinct in order to deepen their awareness of aspects of Victoria’s court system, sentencing and reflect on how the courts aim to resolve disputes.

They explored the Old Melbourne Gaol and learnt about custodial sentences and conditions for inmates when the gaol was in operation. They also participated in two immersive activities: a Watch House experience, which introduced them to the processes that the police use after arresting suspected offenders and finally; a court role play in the old Magistrates Court. During the role play, students learnt about court personnel involved in matters heard by this level of court, the layout of the court and were introduced to sentencing options that are available to judges in the context of a contemporary case.

In both electives, students examine the functions of the judiciary as part of a robust democracy and evaluate how laws and sentencing have evolved to reflect society’s attitudes.

A great day was had by all.