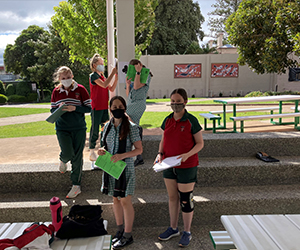 Students have been learning the language around ‘Chance’. They were given scenarios eg ‘You flip a coin and and get a tail’. Students had to stand next to one of the words on the given line (probability scale). eg highly likely. Part of this was justifying their decision.

The students also played a game called ‘Four Corners’. This was a game of Chance where cards were removed each time and students selected a ‘corner’ to stand. If they selected the correct corner, based upon what suit was selected, and what cards were still left, they earned a point. 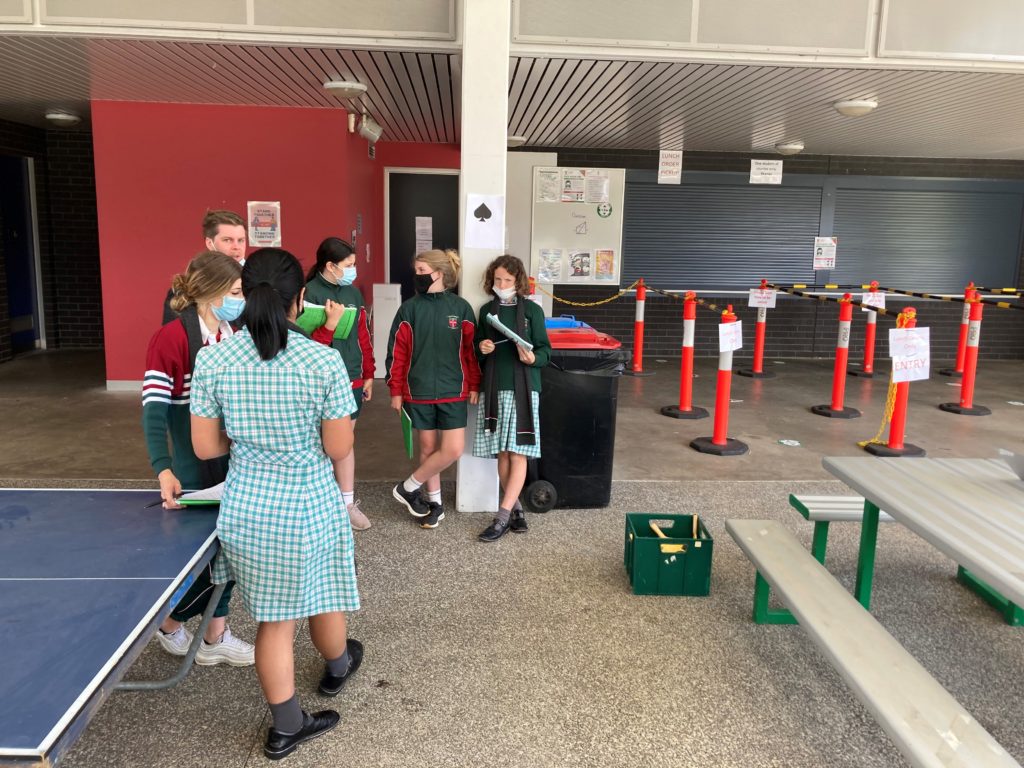 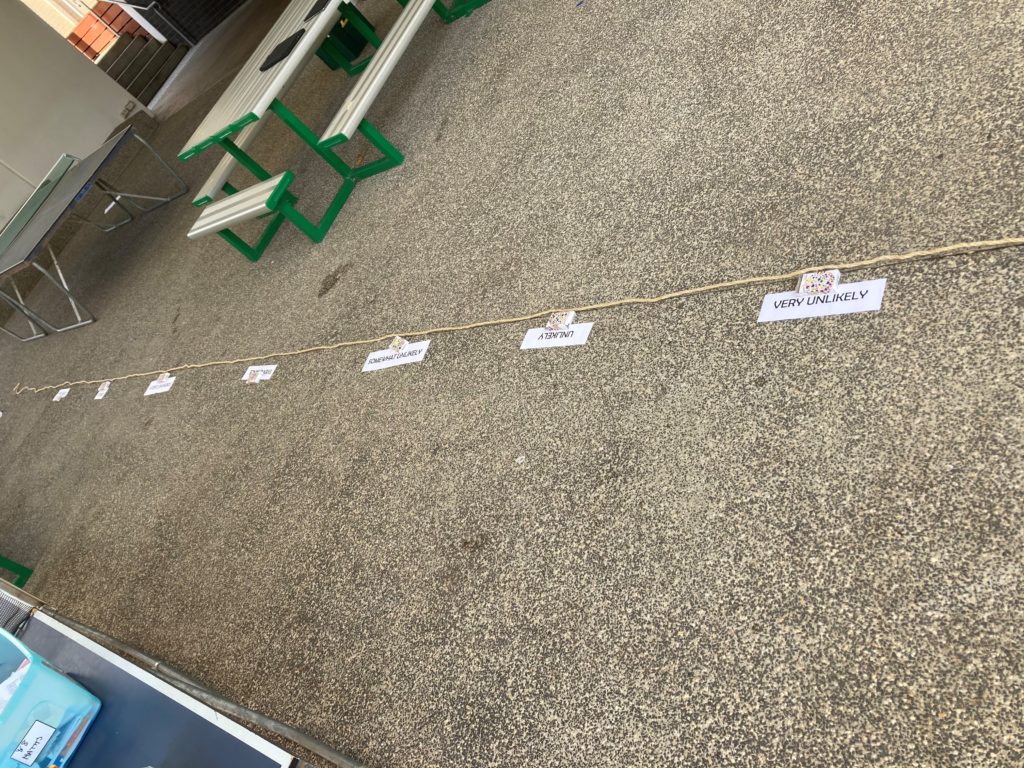